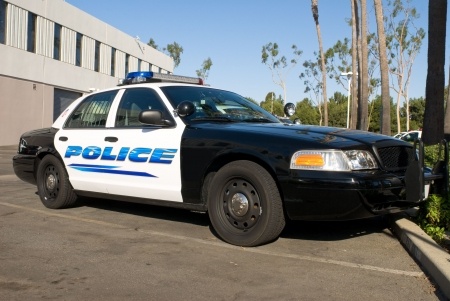 On October 31, 2010, a new drunk driving category took effect in Michigan for first time offenders with high blood alcohol content (BAC) readings. Known as the "High Alcohol Enhanced Penalty Law," or more commonly as "Super DUI," the  new category treats those with a BAC of 0.17 or greater harshly.

The penalties for a Super DUI are twice as severe as they are for standard DUIs. These penalties include:

The one year license suspension also comes with a new twist: drivers who want to receive restricted driving privileges after the initial 45 day hard suspension period must install an ignition interlock device (or "breath interlock") into their vehicles as a precondition. Previously, judges could require first time offenders to install the devices, but they were not mandatory.

Interlocks are basically breathalyzers for cars; they prevent drivers from operating vehicles if they have had even one drink. Each time a driver starts a vehicle equipped with an ignition interlock device, the driver must blow into the device, which will determine if the driver has any alcohol in his or her system. Depending on how long the car is on, the driver will have to blow into the device a second time within 10-15 minutes of starting it and then after that, up to two times per hour to keep the vehicle running.

If the device detects any alcohol, the driver will not be able to start the car. If the car already is running, it will give the driver a warning signal and then will not restart once the vehicle comes to a complete stop. Worse, the device sends a notification to the monitoring company that the driver attempted to operate the vehicle with alcohol in his or her system—which is a violation of the terms of the driver's restricted driving privileges and will result in more penalties, including an additional one year license suspension period.

Drivers are responsible for paying to install and maintain the ignition interlock device. Generally, it costs around $50 to have the device installed and up to $100 per month to maintain. Low income individuals may be eligible to have the installation cost waived and receive a reduced monthly maintenance fee.

The Super DUI law only applies to first time offenders. Penalties for repeat offenders were not changed by the new law.

The Michigan State Legislature passed the Super DUI law at the end of 2008 in hopes of reducing the number of drunk drivers in the state. A report found that in 2009 more than one-third of all drivers arrested for drunk driving had a BAC of 0.17 or greater. The legislature also believed that it was unfair to punish those with a BAC of 0.08 the same as those with much higher, more dangerous amounts of alcohol in their systems.

However, not everyone agrees the new law will achieve its goals. As some defense lawyers and even prosecutors have pointed out, Michigan already has tough DUI laws and previous increases in DUI penalties have done little to deter drunk driving.

For others, the penalties do not go far enough. The state's chapter of MADD wanted to see ignition interlock devices required for all drivers convicted of a drunk driving offense. The organization also wanted the threshold BAC for triggering a Super DUI to be set at 0.15 instead of 0.17.

Lastly, the law may have the unintended effect of clogging an already over-burdened court system. Most first time DUI offenders are given the option of pleading guilty to a lesser charge, like impaired driving. If similar plea bargains are not available to those charged with Super DUI, it could result in more trials to challenge the charge. Conversely, if plea agreements are offered, then it will undercut the purpose of the law because drivers with high BACs will not be punished under the Super DUI law.

If you have been charged with a drunk driving offense in Michigan it is important to have an experienced DUI attorney working on your side. The penalties for first time offenders have reached all time highs. With the potential cost for a Super DUI conviction reaching more than $8,000, you cannot afford not to hire a lawyer.