Home
Articles
Lawyers, Attorneys and More! - A Kid's Guide to the U.S. Government

Lawyers, Attorneys and More! - A Kid's Guide to the U.S. Government 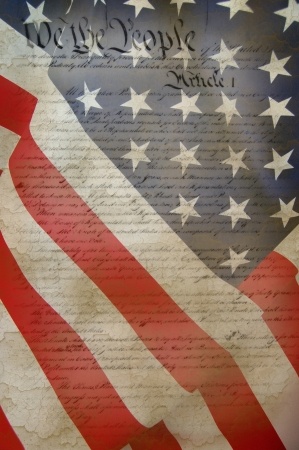 Historical documents, law making, electoral processes…it doesn’t exactly sound like the most exciting stuff. But don’t fret…US history is anything but yawn-inspiring!

The United States of America, commonly referred to as the States, U.S. and the USA, is comprised of 50 states mostly located in central North America; 48 states and Washington, D.C. (the nation’s capital). Alaska is located on the Northwest part of the continent and Hawaii is located in the mid-Pacific. It is important to note that USA also has several territories in the Pacific and Caribbean.

The United States of America has no shortage of historical documents. There are National archives that preserve these records. These documents are footprints of our nation’s history. The most important documents tell tales of slavery, protests, equal rights, and the desire to create a new world. The following are major documents in U.S. History: Declaration of Independence, The Constitution, Bill of Rights, and The Emancipation Proclamation.

The new America wanted to be free from tyranny. This was a country for citizens after all. So delegates of the Constitutional Convention broke the federal government up into three branches that would ensure there would never be one sole power. The three branches of government are the executive branch, the legislative branch, and the judicial branch.

Executive Branch: This branch is headed up by the president. It focuses on managing governments, dealing with international issues as well as vetoing laws.

Legislative Branch: This branch is headed up by Congress. Congress is comprised of the House of Representatives and the Senate. The primary focus of this branch is creating laws. It also has the power to impeach officials.

Judicial Branch: This branch is headed up by the Supreme Court. The primary focus of this branch is translating and understanding the Constitution. It examines laws and deals with cases that contain the issue of state's rights.

How Laws are Made

A bill is an idea…it could even be your idea! You have the ability to contact your local representative and discuss an idea that you think should be a law. If the representative believes in your idea then he or she researches the idea and writes a bill. This bill then travels into a place which is called a hopper. It is then presented to the members of the US House of Representatives. The members may debate and then they vote. If the bill passes through, it is sent to the President for authorization. Once the President signs his name on the line, the bill becomes a law.

When America was just a young country, it was struggling to be free from the ways of the Old World. Europe had a central government, so the power was in one place. America wanted to create a balance between the state and the national government to ensure that neither one had too much power. Thus, the Constitution was born. The main point of the Constitution was to define and limit national power, it also defines the relationship between the two (state and national), and it focuses on guaranteeing the rights of all citizens. That is how the government system of federalism was created. Power would be balanced and shared between national and state governments.

The elected officials in the US belong to three major parties: Democrats, Republicans and third parties. There can only be one candidate from each of these parties, which is why there are primaries and caucuses. The majority of states hold primary elections to select their candidate. However, small groups of people can decide together (caucuses) who they want to support as their parties candidate. In both primaries and caucuses, delegates are selected to represent candidates at a national convention.

The parties will then hold conventions to nominate candidates. It is here that the Presidential nominee will announce his or her Vice President. After the nominations, the nominees will have their names submitted to each State’s chief election official so their name will be featured on the general election ballot. The nominees will then begin their campaigns where they will hold public debates as well as discuss major issues and platforms.

On November 4th, people will vote in their local towns. But these votes are not tallied as individual tickets. Rather, they are voting for Electors. Electors are part of the Electoral College. Each states has a number of electors equal to the Senators plus the Representatives (determine by populations). The first candidate to win more than half of the electoral votes becomes President.