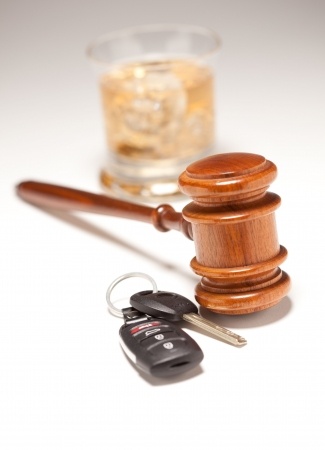 There are numerous dangers that people face while on the road; some of which are avoidable, other which are not. One of the most avoidable threats comes from people who are driving while intoxicated or under the influence of alcohol and/or drugs. In a majority of the states within the U.S., a person with a blood alcohol level of 0.8 percent is considered legally drunk. In efforts to combat drunk driving or driving under the influence of alcohol and/or drugs, and the damage doing so may cause, legislators have created laws and consequences for people found guilty thereof. You can also have your driving privileges revoked and will need to hire an experienced driver's license restoration attorney.

The Difference Between a DUI & DWI

Driving under the influence (DUI) and driving while intoxicated (DWI) are both used in reference to impaired driving. How they are used and the consequences associated with them vary depending on the state where the infraction occurs. The differences between the two also vary, depending on the state and state laws being applied. In some states, the terms may be used interchangeably when referring to drunk or drug impaired driving, while other states may use one instead of the other. In other states, DUI and DWI are two different impaired driving offenses with one holding a stiffer punishment than the other.

The amount of alcohol that is present in a person's blood is referred to as either a blood alcohol level or blood alcohol concentration (BAC). Factors that contribute to a person's BAC include the amount of alcohol that he or she has consumed, the time frame in which it was consumed, their gender, and his or her body weight. A blood alcohol test, also commonly referred to as a breathalyzer, is performed to determine how much ethanol, which is measured in 100 millimeters of blood, is present. This measurement is then converted into a percentage, which is used to determine whether a person is over the legal limit.

When a person is pulled over under the suspicion of driving while inebriated, the officer may ask the driver to perform field sobriety tests. These are standardized tests developed and approved by the National Highway Traffic Safety Administration (NHTSA). The purpose of these tests is to help law officials determine an individual's level of impairment and the potential need for an arrest. Currently, there are three tests that the officer will have the suspect perform: a horizontal gaze nystagmus (HGN) test, walk-and-turn (WAT), and one-leg stand (OLS). With the HGN test, officers are looking to the eye to reveal a suspect's state of intoxication. With this test, they are measuring the suspect's ability to follow and track an object, such as a pen light. In addition to tracking, the officer is also checking for nystagmus or jerking of the eye. While some nystagmus is normal and extreme cases can be found in individuals who are not intoxicated, the movements are much more noticeable and exaggerated in people who were drinking. In addition, when a person has high blood alcohol levels, the jerking of the eye often occurs sooner when he or she looks to the side while following the object during the test.

The two remaining tests are referred to as "divided attention" tests. These test the individual's ability to perform very basic tasks, such as standing on one foot or walking a straight line, heel-to-toe, while their attention is being divided. Divided attention tests are important as a person's attention is generally divided while driving. If alcohol has affected the individual's mental and the physical ability so that they are unable to perform the WAT or OLS, it would also hinder his or her ability to drive a vehicle.

Statistically, data regarding DUIs and DWIs vary depending on the state. There are, however, some general, and alarming, statistics that apply across the country. The NHTSA notes that at some point in their lifetime, approximately 1 out of 3 people will be in a crash involving a drunk driver. It also noted that in 2012, twenty-seven people died daily due to alcohol-related crashes. Research conducted by the Century Council notes that in 2011, 31% of traffic fatalities were due to driving while impaired by alcohol. Twenty-three percent of drunk driving is done by adults between the age of 21 and 24. Statistics also show that people who have a DUI or DWI have in the past driven an average of 80 times while intoxicated prior to being arrested the first time.