Home
Articles
Branches of Government and Laws of the Land for Kids!

Branches of Government and Laws of the Land for Kids! 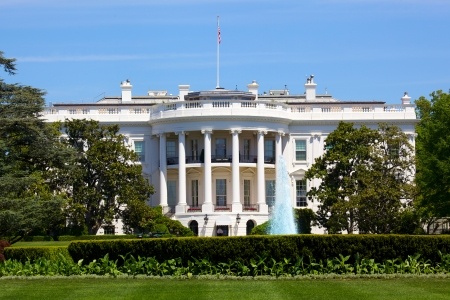 When the leaders of the original thirteen states came together to draft the Constitution in 1787, they wanted to create a strong federal government that could hold the United States together and protect its citizens from foreign enemies. At the same time, however, they were concerned that the federal government might become too powerful. America had become independent from Great Britain only four years earlier, and the colonists' main reason for fighting against their mother country had been a perception that the British government was becoming too controlling. In order to create a central government that established and enforced laws without abusing its power, the Founding Fathers designed a government that consisted of three separate branches: the legislative, the executive, and the judicial. These branches were meant to work together while keeping one another in check. The United States has now been a nation for well over 200 years, and it has never deviated from this model of government.

The legislative branch includes the two chambers of Congress, the Senate and the House of Representatives. Although the legislative branch is also responsible for declaring war and regulating commerce, its main responsibility is to create laws at the national level. The Senate is the more powerful of the congressional chambers. In addition to introducing and voting on legislation, it votes to approve or reject treaties and to approve or reject the individuals the President nominates to become part of his Cabinet or the Supreme Court. It can also vote to impeach the President (charge him with misconduct). The Senate consists of 100 total members, all of whom are elected to six-year terms. Regardless of its population, each state elects two senators. By contrast, the House consists of 435 representatives who serve two-year terms. The number of representatives a particular state elects depends on the population of that state; in other words, states with larger populations have more representatives than less-populated states do. The House has other powers (including the right to make the initial call for impeachment), but its primary function is to introduce revenue bills into Congress.

A bill is a proposal that has the potential to become a law. Although tax bills must begin in the House, other types of bills can begin in either the House or the Senate. First, a member of the House or Senate discusses his idea with other members of his chamber to gain support. Then, the bill is introduced to the entire chamber and sent to a specialized committee for review and revision. Once this committee and a subcommittee have finished revising the bill, all 435 representatives or 100 senators will have a chance to vote on it. If the majority of one chamber approves the bill, it will move forward to the other chamber. If a majority of the other chamber also favors the bill, it will go to the President's desk. The President will then be able to sign the bill into law, reject ("veto") it, or allow it to become a law through "pocket veto" by refusing to take action on it within ten days. If the President rejects a bill, it can still become a law with the approval of two-thirds of both the Senate and the House.

The President serves as the head of the executive branch, which also includes the Vice President and various Cabinet officials. Every four years, citizens across the country cast their ballots to decide who the President will be. Unlike members of Congress, who are not subject to term limits, the President may only serve two four-year terms. He is responsible for upholding the laws of the land and appointing such officials as the Secretary of State, Secretary of Defense, and Secretary of Homeland Security. Collectively, these officials are known as his Cabinet. Occasionally, the President may also need to nominate new justices to the Supreme Court. The President is Commander-in-Chief of the armed forces. Through the course of American history, some presidents have taken a more active role in military operations than others.

The judicial branch, or Supreme Court, is the only branch of government in which the officials are not elected. The Supreme Court is the highest, most authoritative court in the United States. It consists of nine justices, or judges, who are appointed for life by the President and approved by the Senate. Justices are only replaced if they resign or die. Their job is to determine whether the laws and practices brought before them are in line with the Constitution. The Supreme Court has heard a number of famous cases over the years; one of its most important cases was Brown vs. Board of Education (1954), in which the justices determined that racial segregation in public schools was unconstitutional. Sometimes, the Supreme Court also examines the actions of the President. For example, it did this on several occasions during the Great Depression, when Franklin D. Roosevelt's administration took major steps to prevent America's financial collapse from worsening.

The idea behind America's three-branch system of government is that if one branch violates its constitutional powers, the other branches will intervene. It calls for a "separation of powers" to prevent a single individual or group from taking absolute control over the country. Although there are many other countries that practice a three-branch system of government, few separate power equally among the three branches as the United States does. Brazil is one world player whose constitution and governmental structure closely resemble that of the United States.

For more information on America's three-branch governmental system, refer to the following links.