Home
Articles
Criminal Amendments in the Bill of Rights

Criminal Amendments in the Bill of Rights 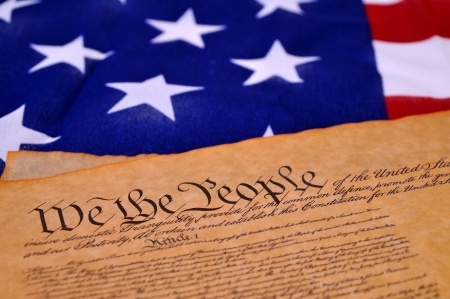 The Bill of Rights is a crucial component of the United States Constitution that was designed to ensure the basic rights of the country's citizens. Originally, it consisted of ten amendments. Later, an additional seventeen amendments were added to the Constitution. Certain parts of these additional amendments and the Bill of Rights have had a major impact on the criminal justice system. These amendments include the fourth, fifth, sixth, eighth, and the fourteenth amendments. Their purpose is meant to ensure that people are treated fairly if suspected or arrested for crimes.

The Fourth Amendment protects people from unreasonable searches and seizures without a warrant. This includes having their person, their homes, and items within their homes searched and taken by police or other officials. As a result, if the police suspect that a person has taken part in, or is perpetrating a crime, they must first legally obtain a warrant. The warrant must be granted by a judge before they can enter the suspect's property in search of evidence. This Amendment has both a positive and negative impact on the law. For citizens, it is positive in that it protects their privacy and prevents police from arbitrarily searching through and taking property. When it comes to the perspective of law enforcement, it can be a negative in that it gives some criminals the opportunity to remove or destroy evidence before a warrant can be obtained.

The Fifth Amendment states that a person cannot be prosecuted or punished without being given due process. Due process is a person's legal rights under the law which includes being served with notice, and having the right to be heard and defend himself or herself. This ensured that there was an actual criminal procedure that took place, and prevented people from being unjustly taken from their homes and punished without a trial. In addition, a person has the right to remain silent, so that he or she does not fall victim to self-incrimination. Upon arrest, citizens are made aware of their Fifth Amendment right to protect themselves from self-incrimination when they are read their Miranda Rights, or Miranda Warning. In a criminal trial, if a defendant is tried and found innocent, the Fifth Amendment prohibits the courts from trying that person again for the same crime.

In today's court system, a defendant has the right to a trial that is judged by a jury of his or her peers. During this trial, he or she also has the right to know what the nature of the charges are, have legal representation, and to face any witnesses for the prosecution. These are rights that are provided by the Sixth Amendment. In defending oneself, a person also has the right to obtain witnesses to support his or her defense. The Sixth Amendment also states that the trial must occur in the state and district where the crime was supposedly committed.

In order to get out of jail, a person often must pay bail. Bail ensures that an individual will return for his or her court date. The Eighth Amendment states that the court cannot set excessive bail. This prevents judges from setting bail based off of personal feelings or prejudices against the defendant. The Eighth Amendment also states that a person should not be inflicted with punishment that is cruel or unusual. This portion of the Eighth Amendment can be a matter of viewpoint as some people may find certain punishments, such as the electric chair or lethal injection, to be cruel and unusual. In general, cruel and unusual refers to acts of torture or mutilation such as cutting off hands or feet.

The 14th Amendment was formally and legally approved on July 9, 1868. In terms of the law, it contributes greatly to the civil rights of all Americans. It does this on two fronts. Primarily, it made anyone born in the United States legal citizens, including former slaves. Prior to this Amendment, African-Americans were not considered citizens of the U.S., but instead they were seen as property. The 14th Amendment also made it illegal for any state to deny a person equal protection under the law. Additionally, it also states that people have a constitutional right to life, liberty, and property that cannot be denied by the government. It also states that people have the right to due process. This means that a person's legal rights must be respected when accused of a crime.